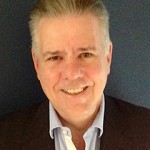 Police Commissioner Ian Stewart has advised Mr McLeay there was “insufficient evidence” to support proceedings after McLeay gave evidence during a March 2014 damages case of a former colleague.

A key factor in the case surrounded a dispute over the timing of telephone conversations.

Mr McLeay, a political adviser with over 30 years experience in Brisbane, Adelaide and Canberra,  said he was pleased the matter was concluded.

“I was puzzled when evidence I gave to the Commission was referred to Police. Media reports indicated it boiled down to the day and time a telephone conversation occurred some 20 months prior to my giving evidence. I presented the facts as I recalled them.

“I was effectively working as Chief of Staff to two Ministers.  It was an extremely busy and stressful time.

“I gave evidence in good faith. I would never do otherwise,” Mr McLeay said.

The full story can be found at the websites of the Herald Sun, Courier Mail and Perth Now newspapers and online at news.com.au.

Website development and WordPress maintenance services for small businesses and organisations by Inveress. Visit them today at inveress.net.au.